The future of advertising is social, local and CRM-driven 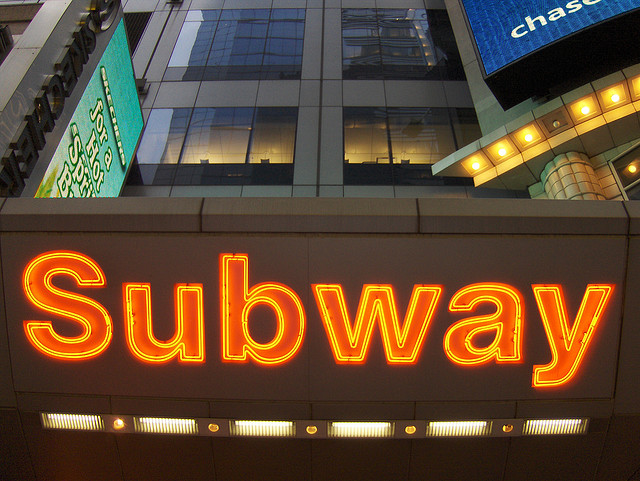 So how can brands make a difference in this battle for online advertising? You can already use ads, and Facebook’s options for targeting them; you can even use Facebook Exchange in combination with your own ad server, to re-target Facebook users. But what will the future look like? How can brands create opportunities to grow in the next few years? Where can we still add value?

The future of advertising is social, local and CRM-driven

One of the opportunities is in decreasing the distance. Conceptually, distance is defined as time and place. Let’s use an example: Subway, the place to be for delicious customized sandwiches. Suppose Subway would decide to open a campaign, aimed to draw more people to their restaurants. They’d call their publicity agency and explain their goals. The agency then creates a beautiful campaign plan, including specific customer targeting with different ads. Subway would just have to click ‘publish’.

It’s a Wednesday night and you sit at the kitchen table by the time you see Subway’s Facebook ad on your smartphone. It’s a good-looking advert, and the agency has targeted well, because you’ve been found online on Facebook. Yet now the next challenge: are you in the right place for this ad? Is right now the right time? Sure, if you’d discuss this with the agency, they’d emphasize that the campaign contributes to the brand’s image in the long term. Yet, this ads campaign hasn’t sold any extra sandwiches for Subway, so far. This example illustrates the distance, both of time and place, between you and any promotion you receive. It’s common sense to decrease the distance in place and time as much as possible. There’s a better chance that you’ll go to Subway for a sandwich on a Saturday afternoon, right?

Until now, advertising has been limited to trying to get the right advertisement to the right target audience, but more often than not at the wrong time or the wrong place. Brands take the time and money spent in this process for granted: they bet on economies of scale, and send out large numbers of ads under the assumption that at least some of them will end in the right place. The trick is to improve the timing.

Subway should show you their advertisements for their delicious sandwiches on a Saturday afternoon, around lunch time, just when you’re shopping in town. That would make a huge difference with showing the ad when you stay in on a Wednesday night.

Facebook already enables selecting people who live in a certain area (say, Amsterdam, one of Subway’s locations), or who show particular interests. That’s not the whole solution, though: the time and place remain an issue.

Behavior-driven marketing campaigns: The Next Ad

It gets better if you can refine your selection with data on people who are in Amsterdam city centre right now, and who like sandwiches, have culinary interests, or who have visited Subway’s competitors before. This is CRM-information, but of the kind not immediately available on Facebook. The information is there, but it’s still very fragmented. Most companies do not have an overarching CRM-data policy, which leave data incompatibly spread over many places in the organization – never even mind combining internal and external data…

This is one of the main challenges for the future: behavior-driven marketing campaigns. ‘Behavior’ is then not based on cookie data, but on real, human interactions in the online and offline world, digitized into applicable CRM-data.

Besides the benefits it brings to agencies and advertisers, behavior-driven marketing will improve the user experience as well. You’ll no longer be bothered by irrelevant promotions, but instead will see adverts for those things that you are involved in now, or have been involved in earlier.

That’s why CRM is crucial for the future of social advertising. And so was born: The Next Ad. See here the draft of Achmed Awad about behavior driven advertising. 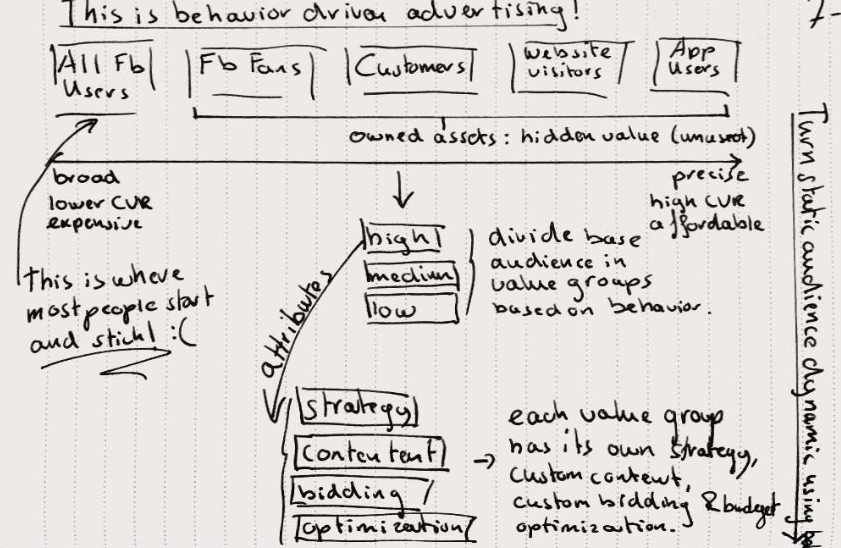